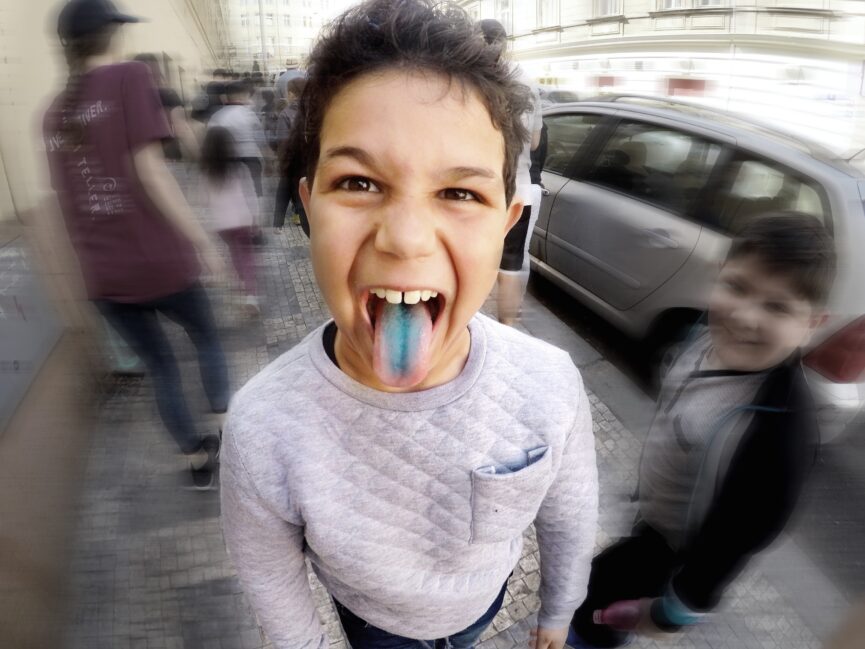 April 18, See Jesus in Others DTS

The silence of the morning sun was pierced with the laughter of fifty kids running towards us.  They knew what was in store for them as they entered the playground: songs, handcrafts and lots and lots of soccer.

Teen Challenge is the ministry with which we collaborated in Prague, Czech Republic.  Its mission: to bless children from a broken home with the message of a God of love who cares for them.

It’s working – you could see it in the children’s eyes – as they lifted up their tiny hands in worship.

“My mom and dad were fighting…” explained a gypsy five-year old as he shared his testimony “and I prayed to Jesus and the fighting stopped.”

This is Alex, a gypsy child whose father is absent and whose mother has cancer.  But in the exact moment this picture was taken, could you really tell? Was this the same life filled with so many troubles?  That is the charming effect of the Gospel. It was hard to believe that the kid showing me his tongue was going to go back to a place of suffering.  But all that horror was away, at least for a while, as I played with him and he punched my arm.

You see Jesus carrying these children in His loving arms.  He comforts them and he uses these amazing people to do so.  Jesus turns their sorrow into laughter and their tears into joy.

Yes, we grasped the Kingdom of Heaven.